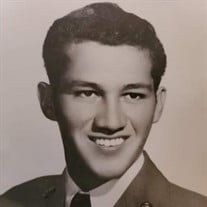 (aka, Tommy, Tony, Dad, Tom, Coach, Uncle, Grandpa, TuTu Kane, Kane Kane, Koma, Bruddah, Pruett and More….) Born Thomas Russell Pruett in 1938, to Julia and Russell Pruett, on the island of Oahu. Growing up in Hawaii, with three younger brothers, surrounded by ohana (family) and hanai (extended family), blessed Tommy with the friendly “Island Spirit” and kindness he is known for and shared until he passed, September 22, 2021, in Benicia, California. Tommy was very young when Pearl Harbor was bombed in 1941, but he never forgot the scary noises and glow of fire in the sky. He was the first Pruett son to leave for the “mainland.” Before leaving the island of Oahu (but not the spirit), Tommy attended the Kamehameha residential school for Kamaka, children with Native Hawaiian ancestory. Tommy lived here with other keiki’s (children), becoming his hanai (extended/adopted families) and looked forward to treasured visits home with o’hana (blood family). Anybody that knew Tommy knew he wasn’t a “proud man,” but took great pride in family and Hawaii. Kamehameha primed his respect for family, heritage and sports! Tommy graduated with a football scholarship to North Dakota…imagine that temperature change! Loved by many, Tommy left for the mainland with so many leis around his neck “he could barely see!” Imagine this handsome young island man with “color, dark waves and curls” arriving in Washington, draped with “aloha” and beautiful flowers many had never seen. Like something in a movie? His modest upbringing, no television or travel and many times no shoes - made his first “Grey Hound” bus ride from Washington to North Dakota full of surprises and something special for many more. We all know Tommy “never met a stranger.” So it didn’t take long for him to notice how impressed and curious other passengers were with the colors and scents of his beautiful flowers. Before long, Tommy was following island traditions, greeting and sharing tropical flowers with ladies on the bus. A trip I’m certain those strangers never forgot. Later in North Dakota, Tommy joined the US Army, hoping to get back to Hawaii. But Private First Class Thomas Pruett only got to San Francisco. Stationed in SF is where he acquired one of his many aka’s, “Tony”…. they said he looked like then “heart throb,” Tony Curtis, handsome with dark wavy hair! He introduced himself as Tony in 1959, married the mother of his future four children in 1960, known as Tony for 10 more years, then Tom and back to Tommy. His service included Missile Man and other accomplishments. In 1961 he was awarded a Life Saving Medal by the US Army. The SF Bay temperature didn’t stop him from rescuing a drowning soldier from the cold waters. His armed service ended before making it back to Hawaii. Tommy wasn’t able to visit Hawaii again until his job in construction, an Iron Worker, took him back to build the Aloha Stadium. This was the first time in many years, “Mama Julia” was surrounded by all four of her sons. He worked on many structures in the San Francisco Bay Area, and the Muanakea telescopes on the big island. Recently his great grandson Harlow was pinned in his honor, for 50+ years of service in local #378, where Tom also served as President. Over the years his “never met a stranger” spirit gave him many titles, little league coach, dads club, big brother, Special Olympics clown, block party king, friend and good neighbor. And I’m sure he’ll always be remembered for making and sharing his island specialty Kalua Pork. When Tom wasn’t working or doing for others, he watched and played many sports and sang karaoke. He was faithful to the 49’ers, SF Giants, Golf, Hawaii, tank tops and shorts! After retiring, Tommy bought a home, in Ka’aawa, (Ka-a-ava) HI, where he visited regularly, always returning to his long time residence in Martinez until 2018, then to Benicia, as recently as July. In California and Hawaii Tommy was always surrounded by family and friends. And if you were his friend your whole family was too. Tommy wasn’t a “quitter” so his battle with cancer was long. His last days were filled with hoaloha’s (friends), o’hana and hanai, sharing their memories and aloha’s (love). Tommy was preceded in death by his keikiane (son), Thomas T. Pruett, both sons in law, and is survived by his three kaikamahime’s (daughters), Kyle Haynes, Lori Newton, Jamie Pruett, five grandchildren, two great grandchildren and his last aloha (love), Linda Hudson.

The family of Thomas Russell Pruett created this Life Tributes page to make it easy to share your memories.

Send flowers to the Pruett family.