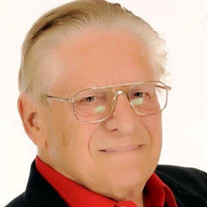 Lea Zajac died peacefully at home on Sunday, July 12, 2020 after a long struggle with Myelodysplastic Syndrome (bone marrow cancer). Lea was born in Vallejo, but soon moved to Cristóbal, Panama, Gale’s Ferry, CT, Benicia, CA, San Diego, CA, and back to Vallejo following his father who was serving in the US Navy. Lea entered the Apprenticeship Program at Mare Island in 1951 as a machinist. He was assigned to the Fire Control Section, where he worked on Torpedo Data Computers and enjoyed making his own tools and test equipment. Near the end of his apprenticeship, Mare Island began construction of nuclear-powered submarines and he was transferred to the Nondestructive Testing Division where he learned about new methods to certify welds. He developed many innovative ideas in these fields which have been adopted in navy nondestructive and welding procedures. When he retired in 1992 after working 40 years and 6 months, he was the Deputy Nuclear Quality Control Manager. He received the Department of the Navy Meritorious Civilian Service Award, and a congratulatory letter from Admiral Bruce DeMars, Director Naval Nuclear Propulsion. Lea served for nine years in the Army National Guard in the Artillery Battalion, Radar Unit, and achieved the rank of Master Sergeant. He was a member of Toastmasters International and served as District 57 Governor. He served as President of the Board of Directors for the Vallejo YMCA; Supervisory Committee Chairman of the 1st Pacific Credit Union and President of Zajac Consulting Services. He was a Member of the Mare Island Navy Yard Association. He was an avid 49er Fan. After retirement, he became active in the National Active and Retired Federal Employees Association, (NARFE). He attended his first meeting, and was elected Chapter President, a position he held for two years, before being elected District VII Vice President; a position he would ultimately serve on and off during the next thirteen years. In 2001, he was elected CA Federation President, and served for two years. He served as CA Federation Legislative Chair for three years; where he arranged visits to the Washington, DC offices of 20 CA representatives and both Senators. He served as Chair of the Host Committee for the NARFE National Convention in Reno, NV in 2016 for over 1,000 members. He also served as Site Selection Chair and Host Committee Chair of many CA Conventions averaging about 200 attendees each. Lea was elected to a second 2-year term as CA Federation President in 2017. During his 31-year membership in NARFE, he held an office for every year. He supported NARFE because he believed that federal retirees and employees need to constantly work with Congress in an endeavor to protect their earned benefits. Lea was a kind and gentle man, remembered for his leadership, dedication, passion, and genuine interest in people and the community. He loved to travel, fish, camp and spend time with his family. He was enormously proud of his accomplishment, building a two-bedroom summer home at Clear Lake, doing all construction by himself over a two-year period. He will be missed greatly by those who knew him. His spirit will live on in the smiles, laughter, and lasting embraces of his family and friends. Lea is survived by his loving wife of 39 years Helen, daughter and spouse Karen and Steve Stafford, daughter Linda, granddaughter and spouse Tayler and Tyler Norwood, great-granddaughter Letty, and granddaughter Lauren Stafford, brother-in-law and wife Barney and Dee Kulmus, three nieces, two nephews and several cousins. He is predeceased by his parents, Frank and Edith Zajac and younger brother Terry. Visitation will be July 29, 2020 at 1:00 p.m. with a brief funeral and graveside services to follow At Skyview Memorial Lawn. A total of 25 people will be allowed to attend these services, and a mask is required. A Celebration of Lea’s life will be held at a future date in consideration of everyone’s health and safety during the COVID-19 pandemic. In lieu of flowers, please consider a contribution to the Mare Island Historic Park Foundation, 1100 Railroad Ave., Vallejo, CA 94592.

The family of Lea Zajac created this Life Tributes page to make it easy to share your memories.

Send flowers to the Zajac family.