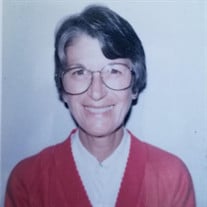 Ann passed away from lung cancer on her birthday and International Women’s Day with her daughter, two granddaughters and great granddaughter by her side. She was at the home of her daughter in Vallejo where she had received loving care for the last year. Ann was born to Henry and Theresa Washabaugh in Richmond, California. The family moved to Vallejo, California when Ann was a toddler and she lived there most of her life. She graduated from Vallejo High School where she excelled in swimming. Her first job was as a playground supervisor for the Greater Vallejo Recreation District where Lyston Johnson himself hired her when she was 14. As an adult, she worked as a customer service rep for Pacific Bell. After she married Lowell Dean Hall and they had two children, Ann began working with children first as a noon duty supervisor at Pennycook School and later as a teacher’s aide at various schools in Vallejo. She worked in many classrooms including the GATE classes. She was most proud of her work with children with disabilities and representing other classified workers in the California School Employees Association. She supported her children in many activities such as being a Cub Scout Den Mother and helping with fundraisers and many events for Job’s Daughters. She also enjoyed travels to Europe, particularly to England to visit her friend of 69 years, Pam Jackman. Later in life, she took care of her grandchildren Hannah, Natan and Jacob, volunteered tirelessly for the Sports Car Club of America at the Sonoma Raceway and other tracks, enjoyed training her two dogs Layla and Pawrow, and studied her family genealogy. She also crocheted many lovely items for her family and did crossword puzzles every day. Ann was preceded in death by her husband “Bud” Hall, her parents, her brother Cramer Washabaugh, sister Doris Lee, brothers Jerry and Bob Lewis, and her infant Angela. She is survived by her brother Bill Washabaugh of Placerville, daughter Melissa (Steve) Edwards of Vallejo, son Jeffrey Hall of Vallejo, grandchildren Hannah (Geoff) Haile, Natan (Brittany) Silverman, Jacob Sousa and Maya Edwards all of Vallejo. She also has two grandsons Evan and Derek Hall of Susanville and great-grandchildren Ori Haile, Saylor Hall and her pride and joy, 9-month-old Aya Haile. Ann was kind, hardworking and a friend to all. She will be missed by her family including many cousins and nieces and nephews, her friends and her neighbors. Special thanks go to Claudine and the rest of the staff at Continuum Hospice. Her inurnment will be private, and no services are scheduled. Her favorite charities were The Mono Lake Foundation, Audubon Society and other wildlife charities and the Humane Society of the North Bay.

Ann passed away from lung cancer on her birthday and International Women&#8217;s Day with her daughter, two granddaughters and great granddaughter by her side. She was at the home of her daughter in Vallejo where she had received loving care... View Obituary & Service Information

The family of Elizabeth Ann Hall created this Life Tributes page to make it easy to share your memories.

Ann passed away from lung cancer on her birthday and International...

Send flowers to the Hall family.